Now this is a cactus that sparks wonder! Not a single spike in view, a somewhat crazy look that’s great for surprising ornamental experiments. Let your imagination roam wild! Rhipsalis is clearly an outsider.

Unlike all the other types of cactus, it doesn’t have a single spike to prick us. It’s easy to handle. That’s a good thing! The blueish green mop-like clump grows in suspensions, crawls along a table, shines in a pot on its own or complements other plants when grown in clusters.

Rhipsalis, the loner in the gang 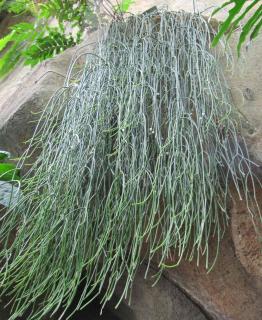 This succulent immediately spurs imagination with its hair-like appearance.

Rhipsalis has its own way of doing nearly everything. As a cactus without pricks, it’s also the only cactus that can be found in the wild outside of the Americas. It’s thus naturally native to Central and South America, Africa, and even a few islands in the Indian ocean. This epiphyte plant latches itself to tree trunks, borrowing their strength but without burdening them in the least.

When thus set up and comfortable, it starts revealing innumerable tiny flowers, either white, orange, yellow or red. If they pollinate correctly, they develop into berries.

It’s quite rare to see fruits appear when growing it indoors. However, rest assured that rhipsalis still helps a lot around the house: its air-purifying powers have been confirmed by NASA.

You’ll have guessed that even within Rhipsalis family, surprises abound. Sometimes you can’t even recognize it! Nothing to worry about here: it’s normal and expected.

There are indeed over sixty species. Only experts are truly able to distinguish the different members of this extended family. Still, a few specimens stand out thanks to their unique personality. Rhipsalis burchellii (featured in the main article picture at top) is compact and its short stems look uncannily like coral. 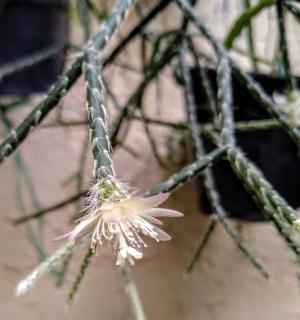 Also, it’s impossible to confuse Rhipsalis pilocarpa (shown here) with anything else: its unkempt hairdo with wisps along the stems is like no other! Rhipsalis bacciferra (below, with berries), has long, trailing stems with thin corkscrew leaves that look like green spaghetti. These three alone will completely transform the looks and appeal of our indoor homescaping.

This plant that specializes in breaking the rules is a beloved choice for everyone who loves originality. Many find creative ways to play around with the green mass of hair-like growth to create a one-of-a-kind indoor jungle.

For instance, some spread and trim it to form the centerpiece of a long table, meshing rhipsalis varieties both long and short together for a fascinating green flow!

In addition, whatever the species, rhipsalis won’t be a hassle to care for at all. It doesn’t lose any leaves, even if you forget to water it! The ideal plant, isn’t it? 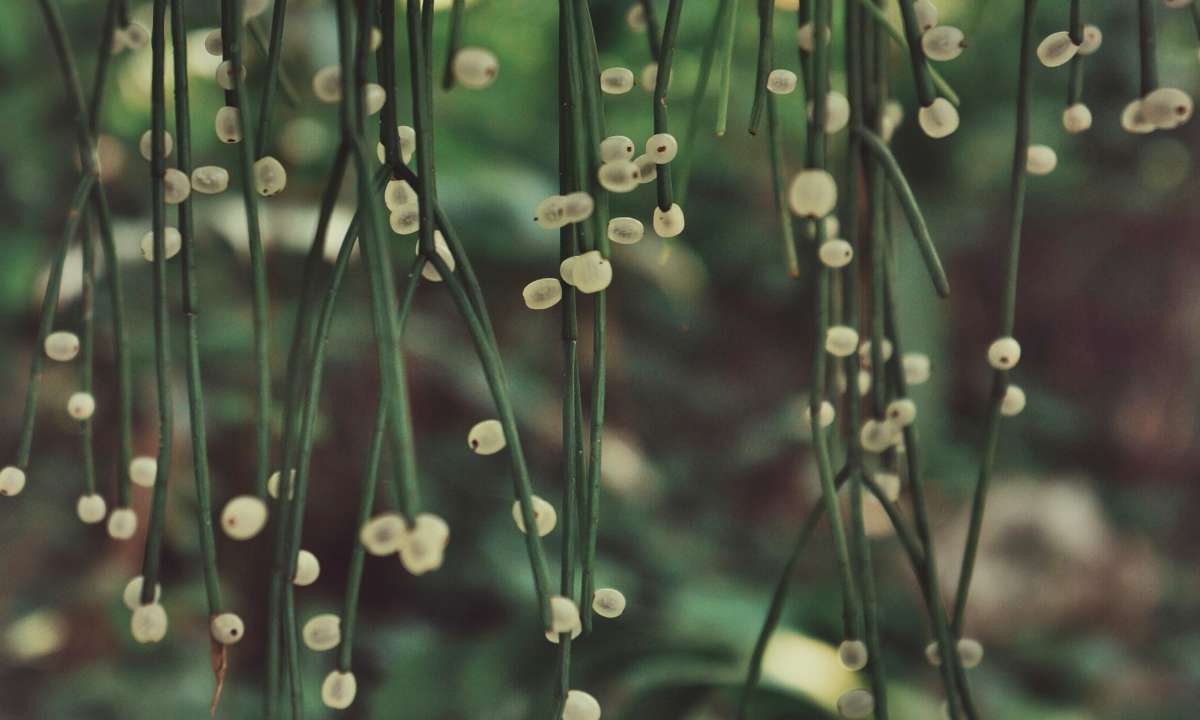 For sure, this isn’t a very demanding plant… Nonetheless, you can show it love in the following ways. Somehow, it’s a way to thank it for making your home such a special place! 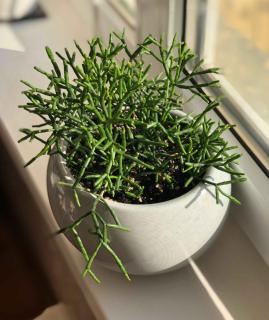 Whatever the pot you use for your Rhipsalis plant, you’ll have to make absolutely sure that it has drainage holes at the bottom: roots must never wallow in water.

As regards substrate, select a soil mix designed for cactus plants, and add a little sand in.

Place it in a very bright spot, even full sun! If you can’t, no worries: this easygoing plant also thrives in the shade, too.

Try to water at most once a week, even though the root clump seems to dry out between watering sessions. Some varieties, though, like the trailing rhipsalis, might need a little more water, especially if hanging in full sun. Also, there’s no limit as to how often you mist the plant.

Once a month, give your plant a little fertilizer.

Are the stems too long? Simply cut them to the desired length! 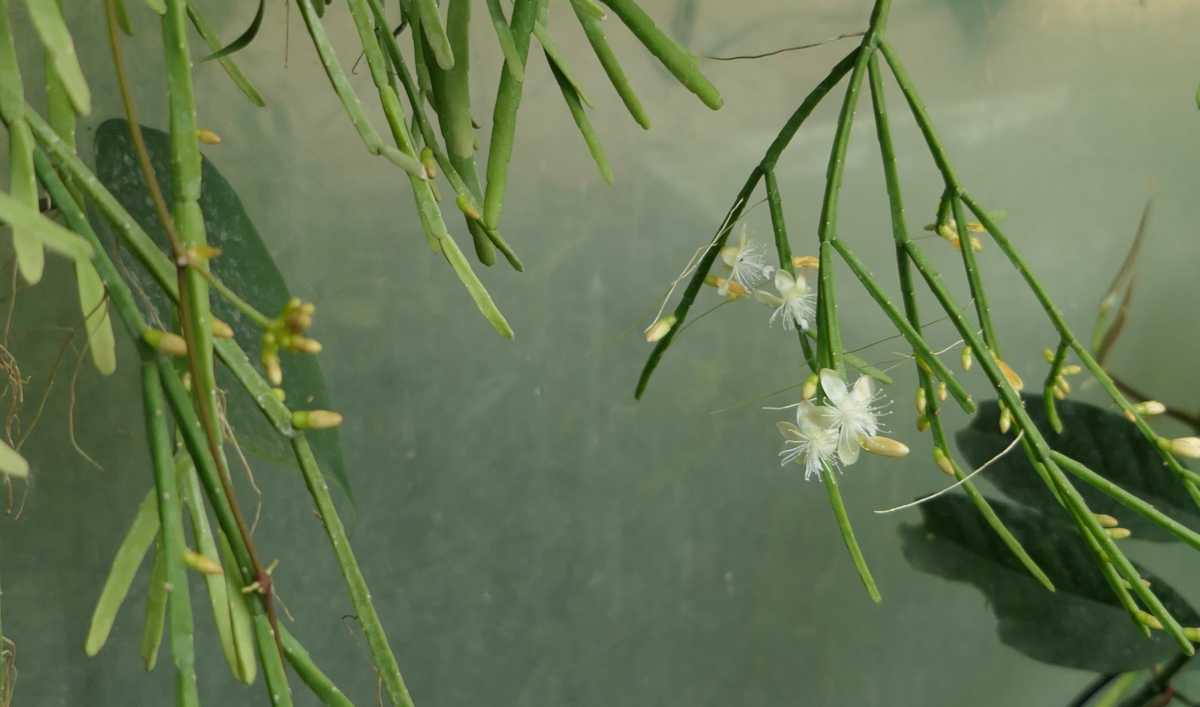 Stonecrop, a succulent family that can flower your entire garden
Stonecrop is a fascinating succulent plant that, once discovered, will always trigger wonder, curiosity... and lust for more and more…
Christmas cactus, perfect for hanging flower arrangements
This is the ideal plant to provide warm colors during the cold season. An abundantly flowering succulent, the Christmas cactus…
Echeveria, a succulent family with unique leafage
Echeveria is a succulent plant family with evergreen leafage. Key Echeveria facts Name – Echeveria Family – Crassulaceae Type –…