Home » Gardening » Trees and shrubs » Guelder-rose – famous for its flowers

Guelder-rose is a very beautiful shrub, particularly appreciated for its appealing spring blooming.

Proper planting, caring for it and pruning contribute a lot to the proper growth of your guelder-rose and to its blooming and spring as well.

Preferably in fall or spring for specimens purchased in pots or in containers.

For the first few years after planting, feel free to water now and then to ensure proper settling in and guarantee the growth of the shrub.

To multiply your guelder-rose, wait for the end of summer and prepare cuttings from semi-hardened wood, or simply with layering. 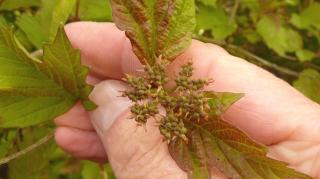 It isn’t really necessary to prune it except if it grows too large.

Wait for the blooming of the guelder-rose to end if you wish to reduce or reshape the shrub.

Note that blooming only occurs on growth from the previous year.

Like most Viburnum, it’s best by far to spread hard pruning over two-three years. Three years is best since it will ensure survival.

Guelder-rose, traditionally called Snowball bush, is beautiful shrub which has a blooming as magnificent in spring as its foliage is in fall.

As part of a hedge, as a standalone or in shrub beds, its growing and maintenance is simple.

Also part of the Viburnum family is laurestine or Viburnum tinus which is often found in our gardens, and also ‘Watanabe’ doublefile Japanese snowball which has a blooming that lasts for a very long time, from May to October.

Avoid locations that are too exposed to harsh sun. 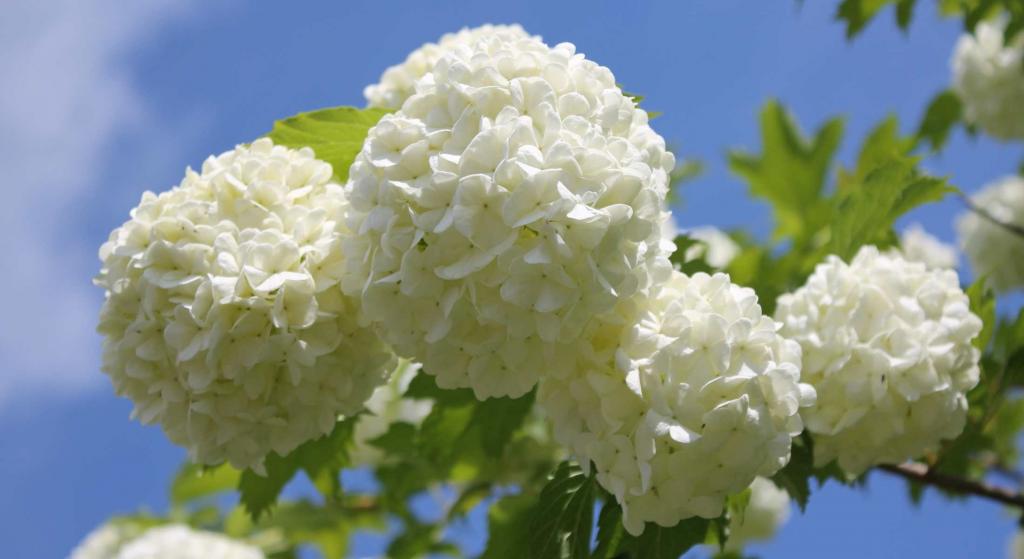 Laurestine, a cute small shrub
Laurestine is a very beautiful shrub, the appeal of its flowers on par with that of its leaves. A List…
Watanabe, a doublefile cultivar of Viburnum plicatum
Watanabe doublefile is a beautiful small shrub, much appreciated in our gardens for its appealing blooming. Name – Viburnum plicatum…
Fragrant winter flowers, scents for brisk winter air!
Fruity, flowery or vanilla-like, sensuous and mesmerizing, the fragrance of certain winter flowers is anything but low-key. A foretaste of…