Majestic, geometric and with not a blade or leaf out of place, French landscaping is a reference in terms of outdoor ornamental gardens. Optical illusions, magnificent detailed flower beds, fountains… let a few French gardens inspire you to follow suit in your own Jardin à la Française!

Gardens in Renaissance castles and manors, like that of Vaux-le-Vicomte, all build up from a wide, far-reaching central walkway. This is because André le Nôtre, a visionary landscaper who designed gardens of a great many châteaux, learned to play with perspective to reinforce and extend its perception.. One of his techniques was to map out a remarkable wide walkway that transected the entire garden, disappearing into the faraway horizon. In modern gardens, this grandiose opening is implemented through a central walkway as well. Much smaller than those of the famed castles of old, it nonetheless has a strong visual impact, shaping the garden and highlighting its geometry. 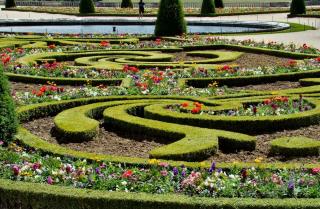 Left and right of this central pathway, a variety of plants are carefully grown and positioned. Any respectable “Jardin à la Française” will include a set of geometrical flower beds. These are flower and low-shrub beds that are pruned and trimmed to form geometrical patterns and motifs. In French, the term for this is “parterre”, which is also used in English today for this specific type of landscaping. For instance, the perimeter of the flowerbed might be marked with a low hedge of dwarf boxwood, and inside patterns appear through the thoughtful positioning of small flowers such as pansy and tulip. To make life easier, replace the boxwood hedges with a strip of lush, manicured grass. Draw a pattern up on the ground and only sow lawn seed inside the pattern you’ve marked out. If ever you’re converting an existing patch of lawn, it’s again very easy to trim it to specific geometric shapes by completely removing slices and portions of the lawn mat. Indeed, some elegant castle gardens boast simple squares of perfectly green rectangular lawns. 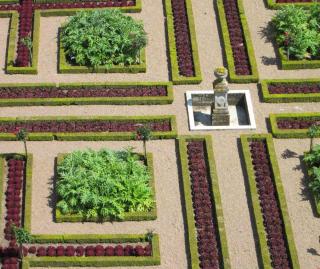 To instill a modern touch, these geometric pattern beds are instead replaces with taller, swaying flowers that are boxed in with clear-cut edges. The sharp edges impart that strict, geometrical atmosphere that evokes French garden designs. And the wilder, free-style flowers will add a touch of laissez-faire that is a welcome breather in strict environments. Now’s your chance to pair grasses and perennials! For grasses, consider Muhlenbergia capillaris and Deschampsia , both of which have an ethereal pinkish and golden silhouette that works wonders in this case. Pair these with echinaceae, beeblossom and argentinian verbena which will bring in a more modern touch. Along the edge, a series of trimmed dwarf Lonicera will complete the scene.

A fountain or a water basin 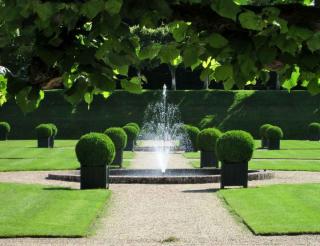 One of the goals of landscaping in French Châteaux was to boast about how rich their owners were! This is the reason why most of them have vast expanses of water and intricate networks of complicated fountains of all types. Indeed, in a garden, waterworks is among the most expensive items! With good reason, though: water is very ornamental, it induces meditation, mirrors the sky and surrounding plants, and even contributes its bubbly melodies to create a pleasant atmosphere.

In modern gardens, again water is an appealing option to decorate and enliven both front and back gardens. What marks the French touch in this case is geometrical basins, either square or round, with fountain spouts that let water either jump into the air or dribble down cascading tiered pools. Give these major ornaments a central position in the garden, for instance to mark the end of your central pathway.

From this strategic point, more walkways can branch out, or you can pair it with flowery plants to highlight the contemporary spirit of your landscaping. A simple fountain, instead of a full-blown basin, is often easier to set up. There are a great many designs available, with overflows and classical stone inspiration. 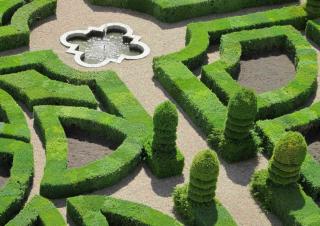 The underlying statement of a French Garden is mastery of man over nature. Marked out with rulers and water levels, straight lines everywhere, there’s no space for nature to squeeze in the one or the other weed. Topiary trimming is the driving force here! Its goal is to force a plant to take on a man-made, often geometrical, shape. Yew, Ligustrum and Lonicera nitida are three plants often used for topiary, because they cope very well of being pruned often. You can start giving them shapes of your own: sphere, cone, pyramid, spiral… Or any other shape you find appealing! 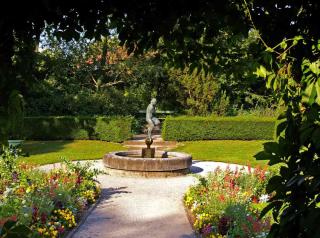 Most of the garden is extremely structured and hosts trimmed plants and manicured parterres. As an added feature, many French Gardens also line the outskirts of the garden with more fuzzy, natural shrubbery. This isn’t incidental: it’s a key function of the garden, providing secret meeting spaces where people can whisper, with winding pathways connecting the hideouts to the more open portions of the garden. Part of their role is to dispel the notion that the garden has an “end”: with the fuzzy, flurry leafage that melds into the distance, it seems the garden does on forever. 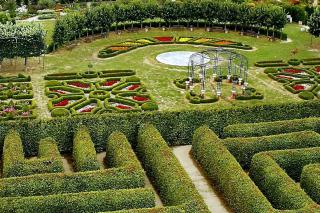 In modern settings, it aims at hiding ugly surrounding lots and creating spaces with cool shade. For that, depending on the size of your garden, select trees that are more or less tall. Large gardens can afford to have a horse-chestnut tree, lime tree, or beech tree, whereas smaller lots might prefer a pruned catalpa tree or white mulberry tree.

Cherry on the top?

Build in an orangerie, a labyrinth, an orchard, statues, a grotto, a rose garden, a manicured vegetable patch… All these partake in the creation of a fabulous “Jardin à la Française” to some degree. Are you ready to tackle the French lords of old? 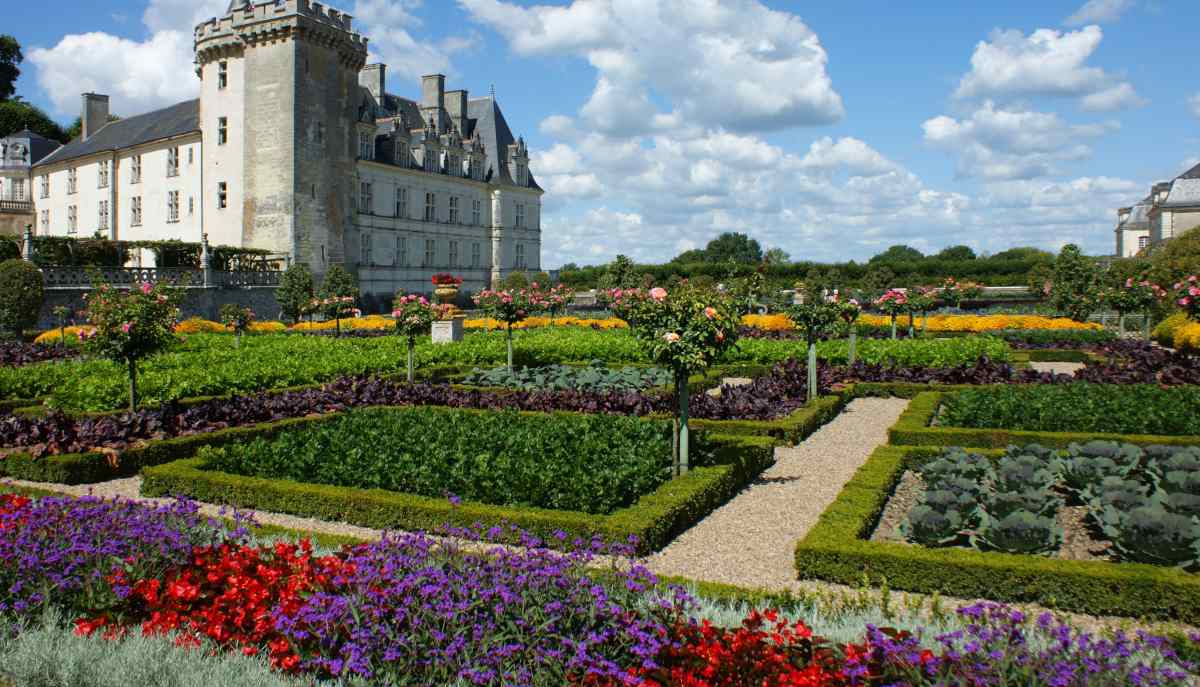 Mind-soothing rock garden – set up your very own Zen Rock Garden!
If a certain corner of the garden is rebellious and resists all the plants you’ve tried growing in it, don’t…
11 plant-me-now melliferous shrubs for pollinators
As appealing to us as they are to pollinators, melliferous plant species are where pollinator insects reign as kings. These…
Cactus and succulents, 3 easy varieties to grow
Do you tend to forget watering your plants? Succulents and Cactus are the solution! These plants are virtually care-free. Their…