The kiwi, a world-famous fuzz-covered brown fruit has long been known to harbor many health benefits and a high nutritional value. It belongs to the Actinidiaceae family. For the past 2000 years, this fruit has been cultivated and grown, often to provide for tasty desserts. It’s among the few food items known to trigger allergy.

Native to the Shaanxi province (China), the kiwi was successfully naturalized in New Zealand where it became a major export crop. The growing climate that suits it best is the “tropical mountain” climate.

A short history of the kiwi plant

Chéron d’Incarville, a French Jesuit priest, was the first to formally describe the kiwi fruit and vine in 1750. At the time, it was still called “Yangtao”, from the Chinese word for this forest-dwelling vine. Its spread was mostly limited to the long Yangzi Jiang valley. 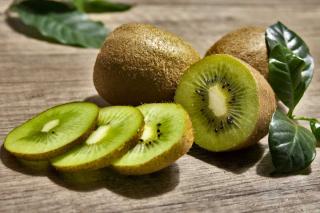 At the end of the XIXth century (1800s), a few specimens were imported in Europe, and then in 1904 on American soil. That same year, it appeared in New Zealand. In all these places, it wasn’t really a popular fruit for decades. At first, only a few people were growing it in their gardens. Only in 1940 did it gain traction, with growers from New Zealand growing it commercially.

20 years later, new specimens were introduced again in France by Jacques Rabinel. This French architect was residing in China at the time, but he then switched to growing and selling the fruit in France and Europe.

In those days, it still went by the name “Chinese gooseberry”. This made it very difficult to market the fruit in the United States, since China was associated to the communist bloc during the cold war. In 1953, New Zealanders gave the fruit a new name: the “Kiwi”, in honor of their national bird.

Health benefits of the kiwi fruit

The botanical name of this fruit is the “Chinese Actinidia”, but the kiwi also has many other names: “kiwifruit”, “fuzzy kiwi”, “Yang Tao”, just to name a few. As for its nutritional value, the kiwi contains sugars, protein, and a high concentration of dietary fiber. It’s also reputed to have high antioxidant activity, essentially thanks to its vitamins (C, K, B9 and E). Minerals are abundant as well (potassium, omega 3 and 6, copper). 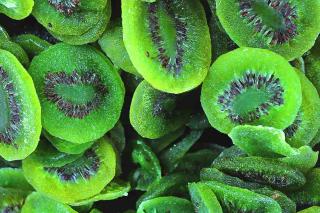 Typical health benefits of the kiwi include treating common colds, allergies, ageing and hypertension. It’s a great health booster thanks to the vitamin C it contains; this helps reduce nervousness and cope with stress. The many fibers that line the flesh are excellent natural treatments against constipation: they help regulate the flow in the digestive tract.

Kiwi is always included in weight-loss diets. Since it quickly makes the stomach feel full, this tangy-sweet fruit helps us lose weight and eliminate water retention.

On top of all this, eating kiwi will:

Best eat your kiwi in the morning during breakfast. But it’s also delicious when you base desserts on it (cake, ice cream…) and even drinks such as smoothies. People who tend to have kidney problems (tendency to suffer from kidney stones) and those who are allergic the “actinidin” enzyme protein shouldn’t eat kiwi.