Never a day’s rest for the gardener! Summer harvests are in, and now in Autumn plots are prepared for the planting and sowing of winter crops.

As soon as the oldest of your bean stalks stop bearing new pods, cut the stems short and leave the roots in the soil. Their nitrogen-filled nodes will stay in the soil to enrich it, courtesy of the bacteria that helped capture the precious element. Run a flat hoe around to level the ground and plant winter spinach in their stead. As soon as the spinach boast a couple leaves, mulch around the stems with dead dry leaves crushed by running a law mower over them.

Where zucchini used to grow, plant winter lettuce you’ll have sown earlier in September. If winter is mild, they’ll start forming a head in March, if not it’ll be for April or May. Only protect them from the cold if the frost spells get really severe, otherwise you’ll favor rotting.

Now for the corn salad!

Starting mid-August, sow fall and winter ‘Golden Orb’, ‘Flat Milan’ and ‘Nancy’ turnip varieties: they won’t suffer from the heat, won’t bolt and will stay soft and tasty without turning bitter. Protect them from cold freezing lower than 14°F (-10°C) with two or three layers of horticultural fleece simply draped atop the leaves. You can start harvesting them around end of October. 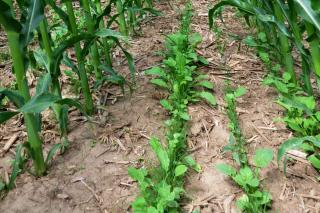 Sow your corn salad until the end of September, especially if you live in an area where winters are mild. Sowing at the end of the season produces best results with the ‘Coquille de Louviers’ variety that resists freezing very well and ensures productivity until the end of winter, thus filling in when chicory plants are all consumed. If the weather is warm and dry, protect your seedlings with fern scapes, thuja branches or simple wooden crates flipped upside-down. Apply constant moisture to the soil with soft, drizzle-like waterings, or else your corn salad won’t sprout. 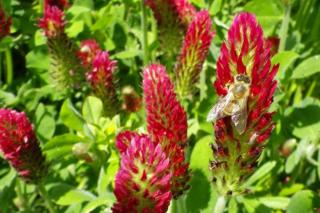 Smaller radish varieties such as ‘Ice Candle’ or ‘Ice Radish’ can be sown in August for a harvest 4 to 5 weeks later. And if you’ve still got room in your garden, sow green manure such as Phacelia, buckwheat, crimson clover, white mustard or oats to maintain plant cover over the bare soil. This will enhance and protect it.

Lawn and grass in fall, the right advice
The end of summer and fall are without doubt the best time to create or renovate a lawn. That is…
Regional planting calendar to maximize your vegetable patch – MetroFrance Edition
For those of you in France who want to absolutely maximize your vegetable productivity, it’s important to follow a rigorous…
Autumn daisy, a festival of colors
The autumn daisy is famous for its ornamental value on tombs, but it is also a magnificent plant to flower…