Papyrus sedge is a very beautiful plant, that thrives particularly well in damp settings, whether along a body of water, a river or simply in a pot resting in a saucer filled with water.

Easy to care for, its only requirement is to grow with its feet always in the water!

Papyrus sedge is a plant native to marsh areas, which explains its constant need for water.

Preferably in spring. You can choose a special aquatic plant soil mix.

Propagation is possible through crown division in spring.

It’s a very fun activity to also propagate your papyrus from cuttings.

At this point, you can transfer it to a pot with soil.

Pruning and caring for papyrus 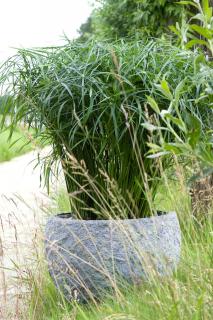 Pruning isn’t really required, even though the papyrus isn’t harmed by pruning at all.

However, you must remove dry stalks as they appear, and you’ll notice that new shoots will sprout again full of energy.

Papyrus in pots or garden boxes

In Spring, ideally, you would repot your plant into a pot with a diameter that is slightly larger than the previous. If you can’t get to it every year, do try to do it at least every 2 years.

Growing your papyrus as a potted plant indoors is an excellent way to increase moisture in the air for other plants. For instance, plants like orchids, Stephanotis and other tropical plants love humid air. Since papyrus basically wallows in water, it’s an excellent plant to have near your other houseplants!

Papyrus in winter, resistance to freezing

The papyrus isn’t very hardy and will not survive temperatures lower than 23°F (-5°C), especially if over a longer span of time.

In garden boxes, take note of this because freezing could condemn your papyrus just because of the first frost spells.

Best to anticipate and bring your papyrus indoors to a spot protected from from freezing.

This magnificent plant native to tropical areas has evolved into several hundred species, each being more elegant than the next.

There are thus a number of differently shaped leaves, sizes, and shapes for this uncommon perennial.

This plant is very easy to care for and only asks for water to bask in for it to develop rapidly.

When growing it in pots and as an indoor plant, it is important to soak the base of the pot in a container that is constantly filled with water.

Long used as a base material for paper, that is actually the reason why old scrolls are called “papyrus”.

Indeed, papyrus paper is an ancient paper production technique, where very thin slivers from the papyrus stem are superimposed on one another. They’re woven into a mat and then pressed together between two heavy flat stones to dry. 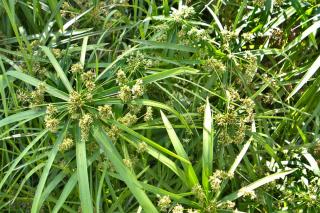 Leaves turn yellow: this is generally connected to a lack of water or to temperatures that are too low. It may also be due to a lack of light.

Whatever the case, add more water, check that the room is at least 60°F (16°C) warm, and give it as much light as you can.

In case aphids attack, follow our recommendations to fight against aphids.

If you’ve got a body of water in your garden, plant a papyrus right next to your water lily, the pair looks magnificent. 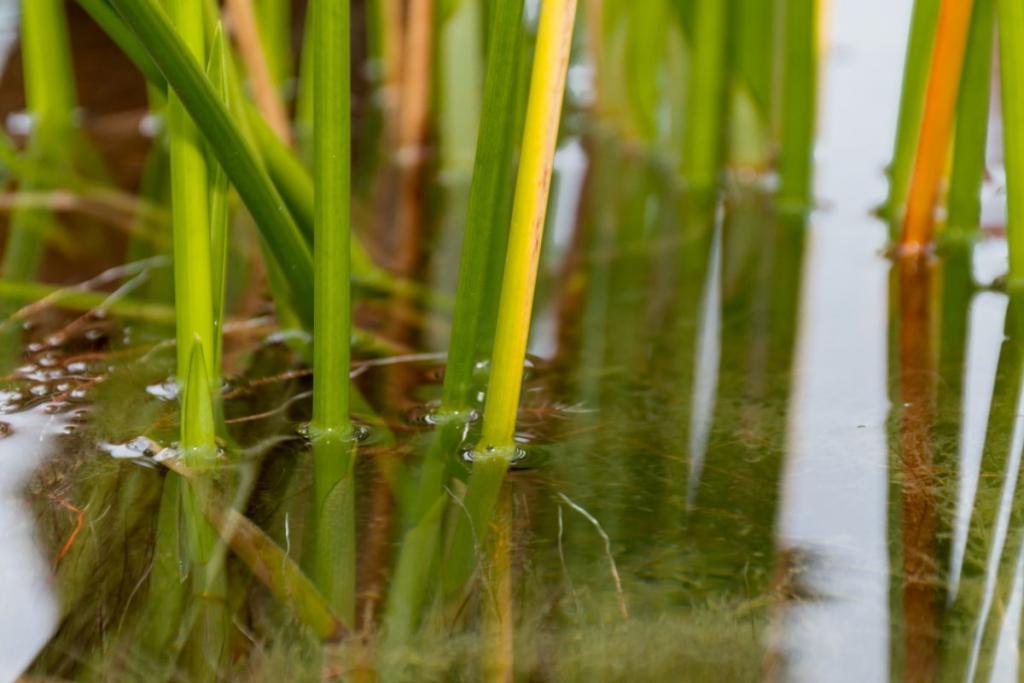 Credits for images shared to Nature & Garden (all edits by Gaspard Lorthiois):
Leaf close-up by Artep ^_^ under © CC BY 2.0
Blooming papyrus by Ian Scott under © CC BY-SA 2.0
Papyrus in a pot by Flower Council Holland / the joy of plants
Cyperus papyrus loves water by Thawathai Seangsai under Pixabay license
Meet the community
Need advice? Share your garden joys & woes!
Live from the forum
Propagation of papyrus

Sedge, carex, superb grass
Carex are cute grasses well-known for the diverse hues of their foliage. Core Sedge or Carex facts Name – Carex Family –…
Grasses, growing wild grasses in the garden
At the end of summer, the garden feels a bit sad without its flowers... unless you plant grasses there! Full…
Winter garden boxes
Even in the midst of winter, there are many plants that will lend their beauty to balconies, terraces and windowsills,…