Marigold is a pretty little annual that blooms from spring until the first frosts.

Marigold produces many flowers and is easy to care for. Moreover, marigold has further advantages since it repels many parasites.

In spring, as early as mid-March in temperate climates or April in northerly regions.

In summer, it is always possible to plant marigolds purchased in a garden store, but it still is most common to sow them directly from seeds.

Just like the aster, ordinary soil mixed with a bit of soil mix is perfect.

Pruning and caring for marigold 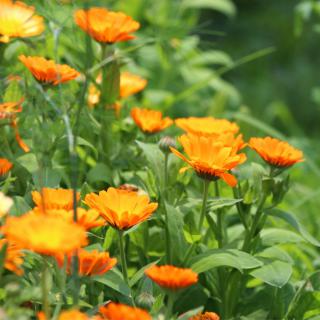 If you wish, deadheading is possible – snipping off wilted flowers – in order to spur appearance of new flowers, but new flowers would still bloom even if this isn’t done.

Marigolds are sensitive to frost and will only grow back year after year in regions with mild winters. Spontaneous growth from seeds does occur regularly, and some plants that had died off in winter may grow again in spring.

You can shake wilted flowers to spread seeds which will surely lead to renewed blooming the following year.

A great plant for flower beds, path edges or rocky land, marigolds are spectacular from spring to fall thanks to their generous blooming which constantly renews itself.

An easy annual, many diverse varieties and species make for superb blooms in shades of yellow and orange.

Marigolds also tend to repel many insects that are considered pests and parasites in the garden and vegetable patch, for example aphids.

It is common practice to sow several marigold seeds at the heart of the vegetable patch to protect vegetables against parasites.

Their essential oil is also used for its anti-bacterial properties.

Finally, to be remembered is that marigolds are among the easiest flowers to grow, but they nonetheless are among those flowers bearing most from spring to fall.

If you are in a region where summer is scorching, it is better to favor partly shaded areas. 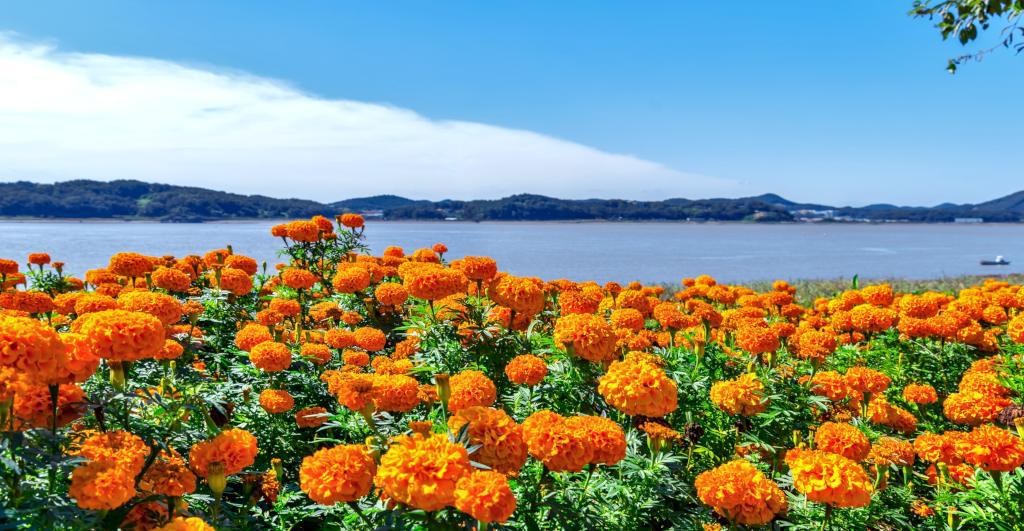 Meet the community
Need advice? Share your garden joys & woes!
Live from the forum
French Marigolds reseed or not

Dandelion, people actually grow it!
Dandelion is a plant that grows in the wild in most fields, pastures, and gardens of course. A summary of…
September in the garden, tasks that will get you set for fall
Summer is slowly starting to turn its back away, and September is one of the key months for your garden…
Escarole, resists cold weather well
Escarole is a salad green that is appreciated for its delicious leaves and for the ease of its growing and…