Lomatia is a family of small shrubs that bloom magnificently. Care is often very easy, and each species of Lomatia has its perks.

A summary of Lomatia key facts

How to plant Lomatia

All lomatia shrubs are similar in size and needs.

Outdoor planting of a Lomatia tree

Lomatia is a shrub that is easy to care for, once it is well established. Soil quality and location are important considerations.

Growing Lomatia in a pot

These shrubs are particularly well suited to growing in containers.

Pruning and caring for Lomatia

All of the Lomatia species will stay rather small. Rarely is pruning needed. In the best of environments, the shrub will top off at around two yards or meters tall.

After the blooming, removing wilted flowers will help the tree focus on branching and rooting.

Remove dead wood regularly and thin out branches to let light penetrate to the center.

Apart from the first year, when freshly planted, you won’t need to water a lomatia.

This plant family is among the nicest drought-resistant plants.

Diseases often found on a Lomatia

Not many diseases have followed Lomatia shrubs out of their native ranges. 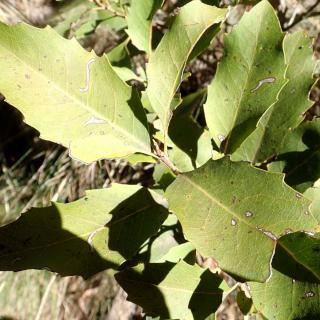 Lomatia is a family of at least twelve species.

Other species are also very beautiful or useful:

The blooming and delicately-scented fragrance make it an ideal shrub for pots to decorate your deck next to the table or long chair.

Growing an evergreen hedge
Choosing evergreen shrubs to grow as a hedge is often a great solution to cut off inquisitive onlookers or simply…
Setting up a flowered hedge
Hedges protect us from prying eyes, create intimacy, break the wind and protect our gardens. Flowered hedges boast many advantages…
Spring blooming shrubs
Wonderful at the beginning of spring, these shrubs are among the first to celebrate spring in our gardens, balconies and…