In the age before industrial agriculture, there were over 1000 varieties of vegetables in people’s gardens… an incredible heirloom which has now been forgotten!

Today, at best, only 60+ different vegetables are grown overall! If you want to do your part in saving ancient heirloom vegetables before they disappear completely, set them up in your garden! 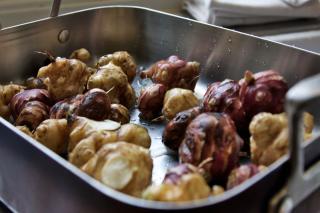 Growing these rare, forgotten vegetable varieties will help boost biodiversity and you’ll also be rediscovering delicious savors in your meals.

Rest assured of one thing: poor culinary value isn’t why these were forgotten, because they taste delicious!

Nutrition and taste is back on the table

Actually, these are very often the plants in the vegetable patch that contain the highest amounts of vitamins and trace elements.

If you start looking at leaf vegetables, one of your first joys will be the discovery of perennial kale, the 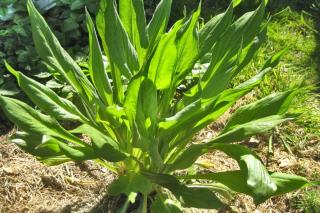 Daubenton kale: it’s a type of cabbage that stays productive all year long, for years on end. Some forgotten varieties were unfairly considered “weeds”, prime examples being stinging nettle and white goosefoot: a pity, since they’re loaded with protein and vitamins!

Still others were simply set aside because they reminded people of darker times, like the war-era Jerusalem artichoke. This particular tuber has a very low glycemic index: it’s perfect to replace high-starch potato for people who have diabetes.

One last significant advantage: since these old-timer vegetables are much more resilient against diseases, they require much less treatments in the garden. 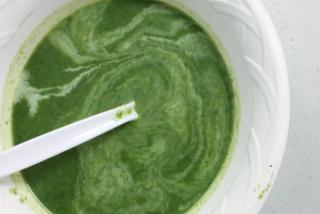 Those with a special spot for great food will love working heirloom vegetables into new, original and extremely tasty culinary recipes. For example, toss up a salad with sea kale or crystalline ice plant, and bake a delicious cheese-lathered dish of crosnes. Surprise your friends with stunningly ink-purple vitelotte mashed potato, or the oyster-tasting roots of Mertensia.

All these ancient heirloom vegetables are often easy to find in good horticulture stores, and you can also easily order them online.

Stock the pantry with winter vegetables
In the vegetable patch, summer is the season for harvests, but sowing still continues for lettuce, cabbage and other vegetables…
Turnip, fleshy and very tasty, especially when home-grown!
Turnip has a long history of growing, and without doubt is among the most tasty vegetables. Top turnip facts Name –…
Halloween, where the scary pumpkins first came from
October 31st is Halloween! Are you aware of how this feast day started, and the reason behind the digging out…