Home » Gardening » Treating diseases and pests » Earwig, fearful pinchers we can rejoice about!

A long, thin body with terrifying plier-like pinchers at the tip, anybody will instantly recognize an earwig when it crawls along! In the garden, people often accuse it of damaging plants.

In truth, it’s quite the opposite! Its diet is both vegetarian and carnivorous, which makes earwig an excellent ally in the battle between organic treatments and pests such as aphids and parasites. The time has come to set the record straight, and to rehabilitate this beneficial insect’s tarnished reputation.

Across Europe, even though there are over two dozen species, the ones that are the most common are: 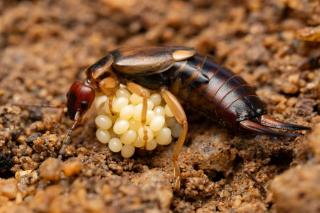 An earwig can survive for over a year. In Fall, the female lays its eggs among dead leaves or under the bark of certain trees. Hatching occurs at the end of Winter. Until it happens, the female earwig watches over her eggs, and keeps doing so until the hatched larvae can fend for their own.

These beneficial insects tend to favor darkness and moisture. During the daytime, they’re often found in dark spots: cracks in a wall, holes in the ground, under rocks, loose bark, or underneath piles of wood. They usually wait for dusk to start hunting and feeding.

Why is it good to have earwigs in the garden?

Since it’s omnivorous, the earwig fulfills two separate needs in our growing beds:

Pessimists will insist that earwig insects also feed on flower petals and plants, leaving holes in its wake. It’s actually true. Nonetheless, these are purely aesthetic concerns. The health of the plant isn’t compromised.

Moreover, when one realizes that aphids also inoculate a great many viral diseases on top of weakening and twisting leaves on the host plant, one would clearly say that having a few earwig scars on a plant cleansed of aphids is a better trade-off for both ornamental flowers and vegetables.

Dealing with earwigs in the garden 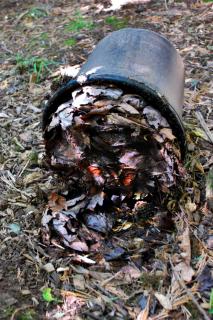 It’s pretty easy to create shelters and houses for earwigs. Simply lay a few stones down in and along the edges of your growing beds. Tiles or shingles placed here and there in the vegetable patch will to the trick as well. Remember to pile a small bundle of wood nearby, too. That way they’ll have lots of hiding places during the daytime!

If ever a portion of your garden is overrun by earwigs (a greenhouse, perhaps), you should know that there’s an easy trick to catch them without killing them. Scatter a number of “traps” around: bundles of wet rags, rolls of corrugated cardboard, and terra cotta pots filled with moist hay are perfect. As the night draws to an end, the insects will take refuge in these traps and you can easily carry them over to another area of the garden where they’ll be more useful.

To sum it up, the earwig is both an excellent recycler and a pest control insect. A great asset for the garden and for the vegetable patch, that deserves proper recognition! 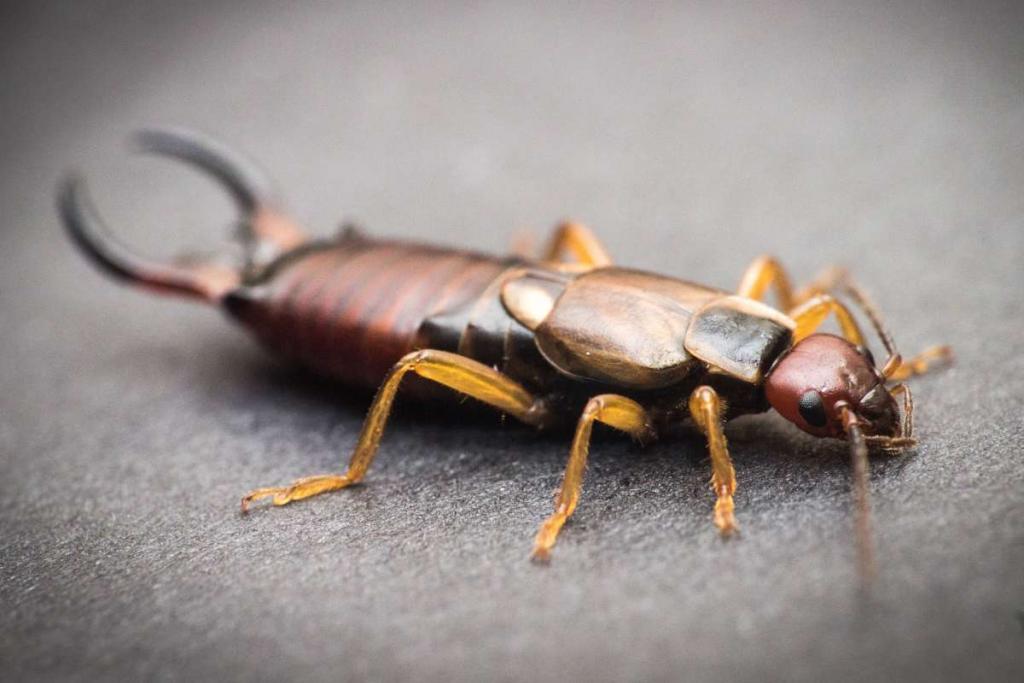 Beneficial insects that lend us gardeners a hand
These feed on pests, help plants reproduce, and give the soil better structure. Beneficial insects really give us a real…
Bumblebee, bubbling along and heavyweight pollinator
A voluminous body, a louder-than-usual buzz, and colorful fuzz all around – the bumblebee is easy to identify! A particularly…
Mason bee, a solitary worker bee that burrows in the ground
Mason bee, Osmia, solitary bee... all these names designate the same pollinating insect. And don't be fooled by its tiny…