Foliage – evergreen
Flowering – May to August

Only the most up-to-date are aware of this plant, so here are the tips on how to grow Carpenteria californica.

For the planting of carpenteria californica, it is preferable to proceed in spring in case your region has harsh winters.

In other, milder regions, plant in fall to favor root development and renewed growth in spring.

You can also plant carpenteria californica in pots outside of this period as long as you avoid both freezing temperatures and heat waves.

Carpenteria californica is easily multiplied by preparing cuttings from its sprigs in August, it is the simplest propagation method.

Cuttings from carpenteria californica are prepared in summer, when the wood is starting to harden, i.e., it isn’t quite green anymore but isn’t also yet brown.

Protect your cuttings before winter

Pruning and caring for carpenteria californica 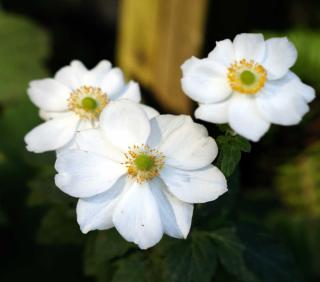 Once it feels at home, Carpenteria californica only requires very little care and the attention you must give it is reduced to the least. Notwithstanding this, you can of course prune it and water it to increase the flowering and growth.

Regular watering during the year of planting is recommended to speed root development up.

Native to California, as its name shows, Carpenteria californica has a very bushy growth and a very beautiful blooming in spring which will last until the beginning of summer.

The first specimen was discovered in 1849 in the Sierra Nevada by the botanist Fremont, who named the plant in honor of William Carpenter, a notorious British botanist. 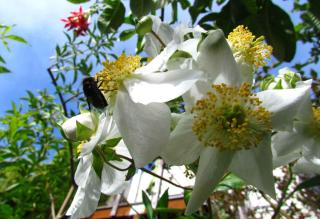 This shrub is very ornamental and just as hardy down to about 9°F (-13°C), which makes it a very manageable shrub that is within reach of any gardener.

A unique and very prolific flower bearer, Carpenteria californica could quickly become one of the most remarkable shrubs in your garden or terrace.

Diabetes, natural solutions based on plants
A chronic ailment that can be regulated and treated but never cured, diabetes is a disease that wrecks havoc in…
Thyme health benefits and therapeutic value
Thyme (Thyme vulgaris) is a short perennial shrub that belongs to the Lamiaceae family, and is native to the arid…
Dracaena massangeana
Dracaena massangeana belongs to the dragon plant family, and its complete scientific name, D. fragrans, hints to its rare amazingly…