Native to Asia, rhubarb or Rheum rhaponticum is a perennial plant that boasts many health benefits and has a high therapeutic value.

Low in calorie intake and calcium-rich, rhubarb is a prize ingredient in many desserts.

Rhubarb and its health benefits and therapeutic properties

Due to its tartness and stringiness, rhubarb is almost always consumed cooked. When cooked, its flesh is melting and tangy.

In olden times, rhubarb roots were consumed for their laxative properties instead of their petioles.

Rhubarb infusion – 1/6 to ⅓ oz (5 to 10 g) dried powdered rhubarb for ¼ quart (¼ liter) boiling water. Drink as a purgative in the morning before eating. Alternatively, prepare an unheated maceration with twice the dose.

Rhubarb wine – macerate 2 oz (60 g) of roots for 10 days in 1 quart (1 liter) Grenache wine. Ingest one or two table spoons for purgative use.

Rhubarb flower decoction or powdered root decoction: such decoctions were used in the old days to lighten hair color and turn their color blond.

Growing rhubarb to benefit from its medicinal properties

Watch out for the plant leaf’s toxicity

Beekeepers can use this to their advantage:

Use rhubarb in your cooking for its health benefits 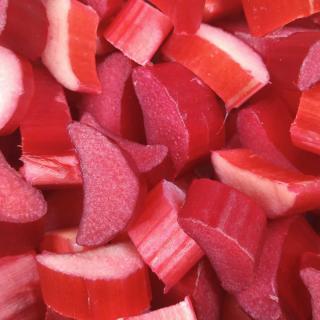 Rhubarb petioles are succulent with sugar (like fruits) or lightly fried with butter. Excellent pies, crumbles, sauces and jams can be prepared from rhubarb.

Honey-caramelized rhubarb to serve as a side for pork tenderloin… Hmm, that’s mouth-watering!

Not only is this excellent for us humans! Rhubarb makes excellent fermented tea material for plants, too!