Mirabilis jalapa is one of the most fragrant shrubs that can be planted in the garden. Its flowers open and close daily on a set schedule!

Follow these easy steps on planting, care, watering and blooming to grow wonderful Mirabilis jalapa shrubs in your garden.

How to plant Mirabilis jalapa flowers

Mirabilis jalapa will rarely grow any taller than three feet (one meter). It won’t be necessary to trim or prune it.

However, you should know that you can increase blooming by snipping wilted flowers off from the plant. This will both trigger new flowers, and extend the blooming season. 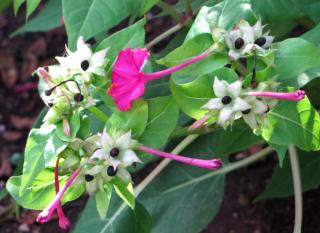 Mirabilis jalapa tends to spread quickly. The problem isn’t spreading through roots or branches. It’s related to the high amount of seeds that the plant produces, which tend to germinate easily.

Sometimes birds gobble up seeds and spread them in their droppings.

If you want to control growth of your Mirabilis jalapa patch, simply pull out young seedlings that you feel are too numerous in spring. 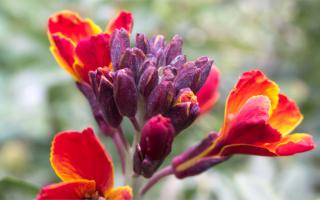 Mirabilis jalapa is a flower shrub that was domesticated by the Aztecs in South America. “Jalapa” is actually an old name of present-day Veracruz. In ancient times was a major city of the Aztec nation.

Mirabilis jalapa flowers last only one night. They open up in the middle of the afternoon – hence its common name the four o’clock flower – and close at dawn. A new batch of flowers opens up on the next day.

A single Mirabilis jalapa bush can bear flowers of different colors. They’re very fragrant in the evening and night.

For more summer flowers, provide flower fertilizer during the blooming.

Control invasive bamboo – options and solutions
Even though your bamboo has been properly settled in the garden for years already, you must stay alert. The need…
Olive health benefits and therapeutic value
Olives are the fruits of olive trees (Olea europea), which are short twisted trees that are part of the Oleaceae…
Allamanda, the Golden Trumpet
Even though it doesn't hold very well to the cold, allamanda is a plant that perfectly decorates Mediterranean-type gardens. A…