Field horsetail is a perennial that is replete with advantages, but it often turns invasive in gardens.

The more seductive giant horsetail, on the other hand, deserves a place of honor in a damp corner of the garden or along the edge of a pond: its graphic, pattern-like design is very trendy.

Horsetail comes to us straight out from prehistorical times. It has been found in fossils dating back to the Paleozoic era; in those days, it grew to over 30 feet (10 meters) tall! Its health benefits brought the medical field forward. Since 40% of it is composed of silica, its often used for its diuretic, remineralizing and tonic properties.

Horsetail simply loves growing around the edge of water, be it a basin, a pond, or at least a soggy spot of ground if the soil is sandy or clayish. It can also be set up directly in water, growing from the bottom, in sun or in part sun. Another option is to grow horsetail in a pot, provided you water it often.

Just as for bamboo, it can grow to be rather invasive, so it’s best to lock it in with a wall of stone or bricks down to around two feet (50 centimeters) deep. A simpler solution would be to plant it in a large zinc vat (bucket, pail, laundry basin for instance) that is buried down to ground level. That would make it easier to keep the soil moist.

There are 25 horsetail varieties. The most common one, often growing spontaneously in gardens, is Equisetum arvense, also called field horsetail. It grows to a height of 20 to 32 inches (50-80 cm) and gardeners often consider it a hassle. 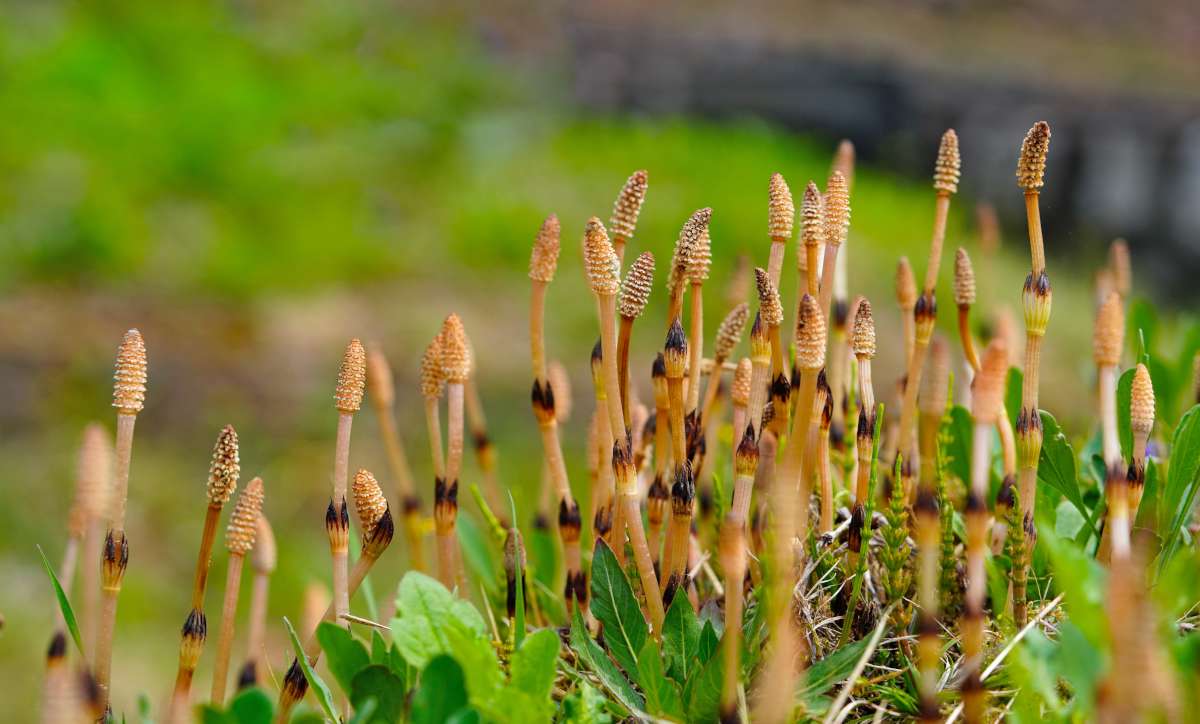 A second look at it, though, shows it to be a botanical marvel given its far-reaching ancestry, and it also makes for an excellent fungicide either as a decoction or a fermented tea.

It resembles a small conifer, well, at least a small branch from a conifer. This plant is a perennial with a running rhizome. It doesn’t bear any flowers, nor does it fruit: spores are how it reproduces.

Much more appealing is Equisetum japonicum. Easily found in horticulture stores, it has a very trendy, modern look. 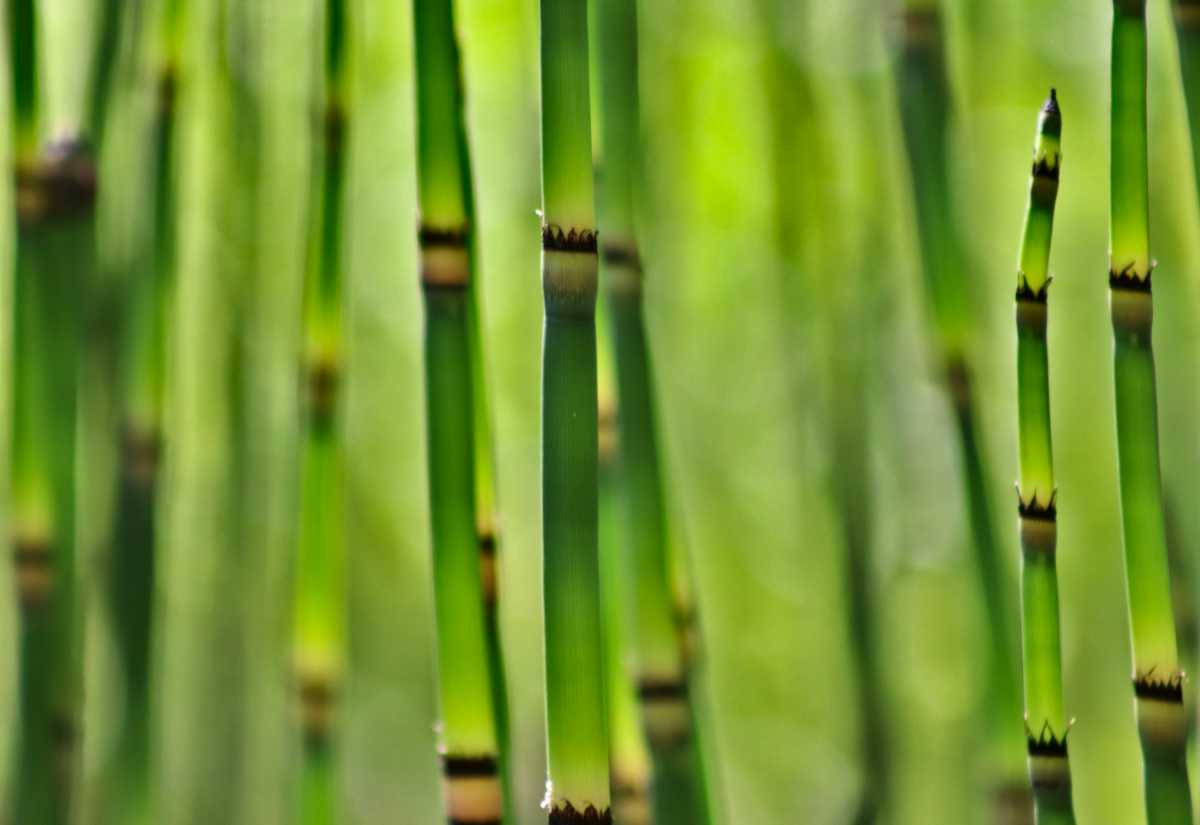 It is elegant in the garden and just as striking in a pot, near a window or on the balcony. It will quickly grow to create a dense, opaque fence that, although quite short, 24 inches to 3 feet (60 cm to 1 m) tall, will stay green all year round. In spring, on female stems, spore-bearing panicles appear which are pale yellow. They release the spores to the wind. 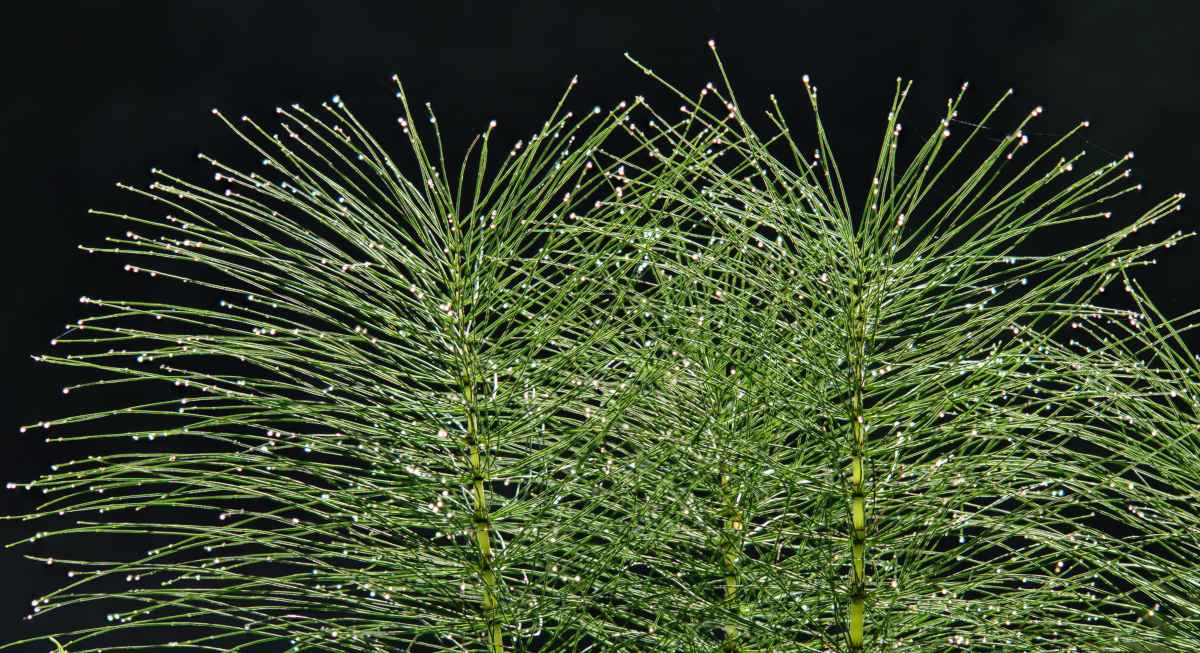 3 top natural fertilizers for a fully organic garden
Natural fertilizer turns crops into vigorous growers without degrading the environment. Derived from plant, mineral or animal matter, it gives…
Create an exotic garden… bring the tropics to your back yard
What if you turned your garden into a year-round exotic holiday setting? Growing an exotic garden lets you travel between…
Septoria, a leaf spot fungus destroying harvests – learn to destroy it instead!
Septoria is a species of fungus that infects vegetables, trees and ornamental plants. In some cases damage is insignificant, in…