Home » Gardening » The Vegetable Patch » Chayote, a run-around vine that’s edible all around

Chayote is an exotic vine that produces large pear-shaped fruits that are very nutritious.

Chayote is a climbing perennial that is entirely edible, though most of us might only have encountered its pear-shaped fruits. Native to Mexico, it was quickly introduced in many countries like the West Indies, where it goes by the name “christophine”. As most tropical plants go, this one isn’t very hardy. Nonetheless, it’s still an option to cultivate it in more temperate climates as long as a few rules are followed.

To grow chayote, a few environmental requirements must be heeded:

You’ll have understood that whether you’re planting in a vegetable patch or in a garden, you’ll have to get to work on the soil long before planting a single specimen of this vine. 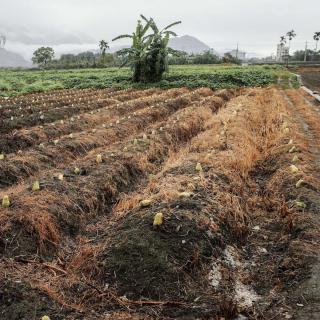 To have soil that is fertile enough and has the right amount of humus, a great way forward is to amend the soil. In order to do so:

The first planting step takes place in February. Take a large pot filled with soil mix and nestle an entire fruit in it (horizontally is the surest option). Bury it by two-thirds, leaving one third jutting out. Place the pot in a sun-filled space that will stay warm and where it won’t freeze.

Planting chayote in the ground: 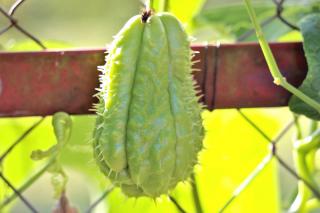 Once a strong seedling emerges, it’s time to transplant it to the ground, usually not before May (it depends on when the last frost date is in your area). Around mid-May, risks of freezing are nil. After planting the sprout, immediately set up a treillis that is tall and strong enough to bear the weight of the all the leafage and fruits to come. Simply grow it along a fence, for instance.

The needs of chayote as a vine make it near impossible to grow in containers. However, if you have a spacy lean-in or a spot that’s protected from the cold, such as a greenhouse, it might still grow well enough it bear fruit. You’ll need a large pot or garden box, that’s voluminous enough to fit the entire root system and not tip over under the weight of all the leaves.

Chayote won’t need much attention. Since it’s vulnerable to drought, though, it’ll need regular and abundant watering. It isn’t necessary to prune or trim the choko vine. A good way to increase foliage density at the beginning is to pinch (or cut) young sprouts after the 3rd or 4th leaf.

Chayote is a very resistant plant. It seems invulnerable to sickness, and pests and parasites seem to disregard it altogether. 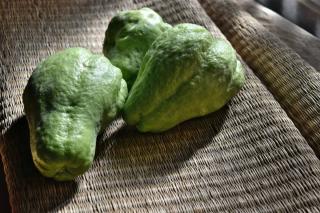 Chayote fruits appear very late in the season (September). The harvest thus takes place in October, and sometimes even November if the climate permits. Once picked, the fruits will keep for a long time. Stored in a cool spot, they’ll hold for months after harvesting. 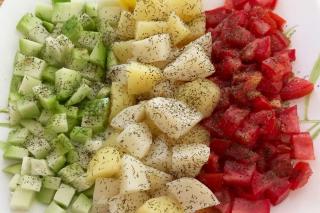 As is the case for mashua, every plant part of the chayote vine is edible:

Spread thick mulch around the foot of your chayote. It’ll both reduce water loss due to evaporation in Summer, and protect the base of the vine from freezing in Winter.

Mahonia health benefits, for stomach and skin problems
Traditional use describes several different ways this plant can help treat simple ailments. Talk to your doctor about medicines that…
How to grow lettuce and salad
Learn how to sow, grow and harvest lettuce with this informative short video. You'll want to pull out the rake…
Hops, easy to grow in the garden
Hops isn't only the famous plant used to brew beer, it is also a fantastic climbing vine. Hops facts, a…