Home » Gardening » Garden Flowers » Alstroemeria, the lily of the Incas

The Lily of the Incas or Alstroemeria, also called the Peruvian lily, is appreciated for its magnificent blooming.

Before starting with the growing of Alstroemeria, best to start with young plants, already formed. These can be purchased in nursery pots, preferably during the months of April or May.

Alstroemeria directly in the ground

It is recommended to plant Alstroemeria in spring. Planting your alstroemeria in fall is possible if your climate has mild enough winters to permit it.

Whichever the option, always avoid days when the air is freezing cold or sweltering hot for planting.

Since this plant can take slightly acidic soil, you can add both fresh and used coffee grounds in the garden.

Repotting in spring will let the plant develop well.

Select a flower plant soil for this.

Protect the pot in winter because the roots will suffer more from the cold than if they had been directly planted in the ground.

Where should the Alstroemeria be set up?

This plant loves slightly shade-covered emplacements or sunny spots but that don’t get too hot.

Both in pots and directly in the ground, prefer light sun and a spot that seems sheltered enough from wind.

To keep your Alstroemeria as long as possible, proceed to divide the crown after the blooming.  Take care while handling the roots, because they are quite fragile.

Alstroemeria division is preferably performed on specimens that are at least 2 or 3 years old.

Pruning and caring for Alstroemeria

Once properly settled in, Alstroemeria or Lily of the Incas only requires very little attention and care.

After the planting, it bodes well to water regularly. Do so without excess so that roots don’t get flooded, we’ve seen they were quite fragile.

Afterwards, every spring, add flower plant fertilizer in order to intensify the blooming.

In case of winter that is colder than usual, it is best to protect the base of the plant with dead leaf mulch. 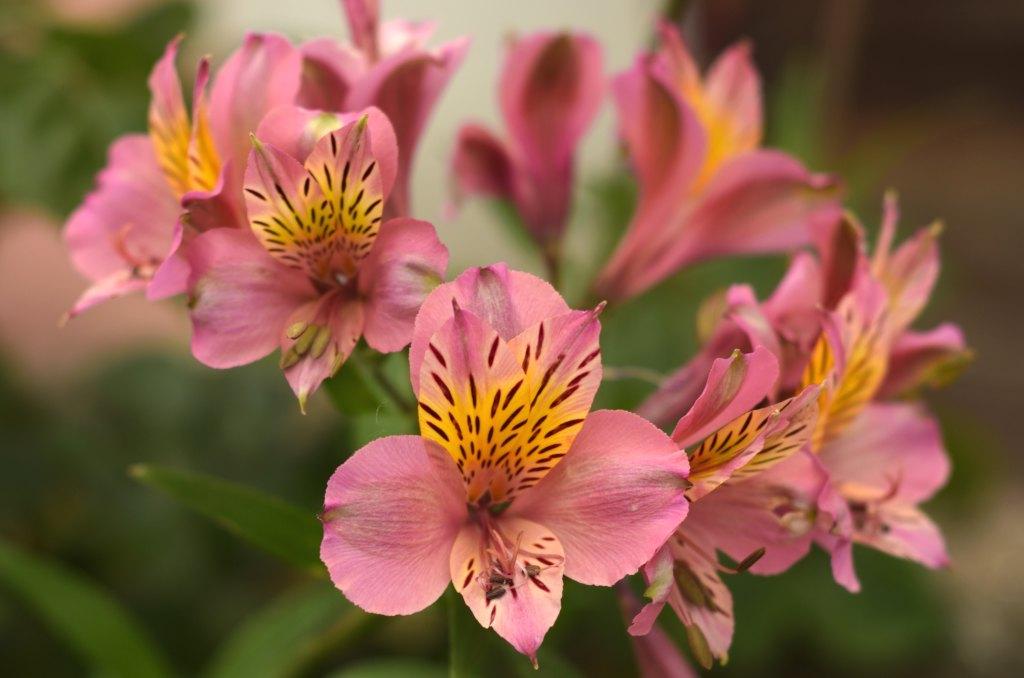 All there is to know about the Alstroemeria

Alstroemeria is a flower that belongs to the Liliaceae or lily family, or to the Alstroemeriaceae family depending on the classification.

Its buds open up to reveal flame-tongued and brightly colored petals that remind us of bird-of-paradise feathers.

Any other reason to fall in love with Alstroemeria? It symbolizes friendship.

It is often called Lily of the Incas or Peruvian Lily because of its geographical point of origin. Indeed, the Andes mountain range is where it particularly feels at home.

Among the main Alstroemeria species, one can find

In a flower bed or as a cut flower in a vase, it is extremely striking.

The lifespan of Alstroemeria in a bouquet or vase tops that of almost all other plants.