The ZZ plant is famous the world over: beautifully stunning and nearly impossible to kill, it is perfect for modern homes and gardens. But which of the types of ZZ plant is best for you? Let’s take a look at the main Zamioculcas varieties:

The ZZ plant is a great indoor and office plant. In the tropics, it does great outdoors, too! The main varieties and types of Zamioculcas you can come across are here (links jump to the right paragraph in the page):

Raven ZZ plant, when elegance is called for 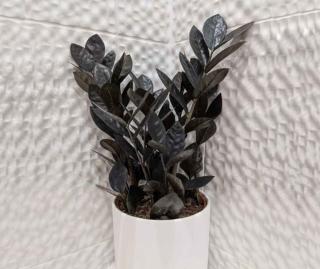 Black is a color that fits in every setting. When we’re talking about plants, there’s definitely something special going on!

The raven ZZ plant is a variety that has leaves that turn darker and darker as they age. It appeared on the market in 2017 and took it by storm. 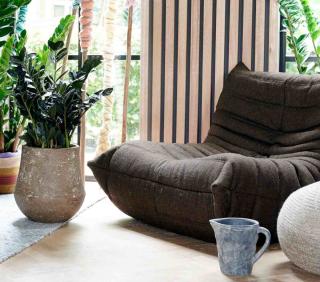 There’s very little difference between the ZZ Jungle Warrior and the now-famous Raven ZZ plant. The main difference is in the distribution networks.

Indeed, the Jungle Warrior is predominantly available in Australia, whereas the Raven appears in stores across North America and Europe. 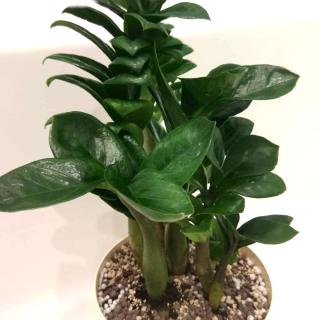 The Zenzi is a Zamioculcas cultivar that has a “dwarf” trait. This means it doesn’t grow tall!

The other features of the plant are nonetheless similar. The overall effect of this plant is that it looks short and stocky.

In a way, it pairs very well with plants that have similar traits, like Adenium and Ficus Ginseng!

Zamicro, to prove that small is cute! 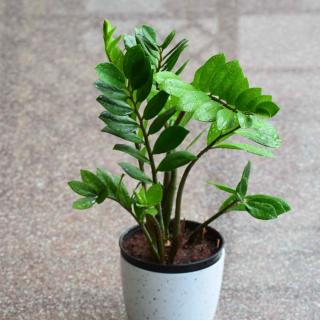 Zamicro is also a tiny cultivar, but the proportions of the plant are similar to the normal, taller varieties.

Zamicro is perfect for apartments and to decorate smaller offices. For the designer-savvy among us, a black version exists, too: the ‘Zamicro Dark’. 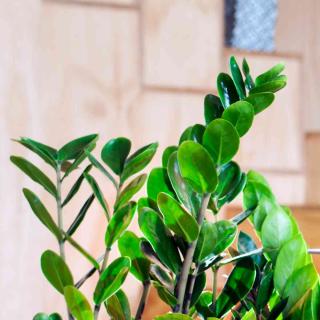 A series of round-leaved Zamioculcas also exists now. This is the Lucky Series.

In particular, the Lucky Giant stands out thanks to its height: it can reach to over 3-4 feet (1 to 1.30 meters), even indoors!

The leaf isn’t completely round, though. It’s more of an oval, but the round tip gives it a nice, soft touch.

Some mutated leaves have given rise to variegated Zamioculcas zamiifolia. Variegated ZZ plants are quite rare with green and white leaves. They are much rarer and harder to find. There is a Lucky plant that is variegated, it’s called the ‘Lucky White’.

Two colors appear most often: white, and the more seldom yellow. This has led to new cultivars called ‘Gold’. And sometimes, an entire shoot turns out pale yellow, turning into an albino zz plant!

Read more: all about the ZZ plant

Zamioculcas plant care, repotting and varieties
Zamioculcas is a houseplant that survives irregular care. Zamioculcas key facts Name – Zamioculcas zamiifolia Family – Araceae Type –…
15 bathroom plants – these love moisture!
Here's a list of 15 excellent plants that will thrive in your bathroom. This room in the house usually gets…
Calla lily and Anthurium, brightly colored indoor flowers
Both Calla lily and Anthurium belong to the Araceae family, and share surprising bracts that give color to drab interiors.…