Caring for a weeping willow, from planting to pruning, will contribute to the harmonious development of the tree.

Weeping willows are preferably planted in fall to enable root development before the first frost spells, so that growth can resume in the following spring.

Feel free to mulch the soil after planting to retain as much moisture as possible in the ground, because weeping willows crave it.

The best technique to multiply weeping willows is cuttings. 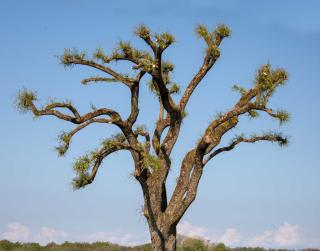 It is a good idea to prune a weeping willow in February/March, snipping back all its branches.

This will trigger sprouting of new branches, and will give the tree more vigor.

No need to prune too severely, just trim lightly, but yearly.

Any risk of disease will become more and more remote, as your weeping willow grows denser and more vigorous. 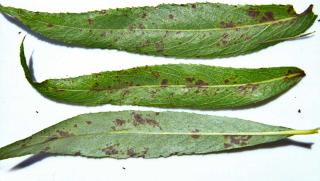 Willow tree leaves turn yellow and brown, with spots, and then fall off. Twigs turn darkish-brown and dry up.

This is due to scab, which is a disease due to a fungus called Marssonina.

This disease often surges after very wet spring seasons, as most fungal diseases do.

Other diseases and parasites that appear on willows

Native to Asia, weeping willows are majestic because of their height, but even more so because of the branches that droop down to the ground and gracefully sway as the wind tears through them. 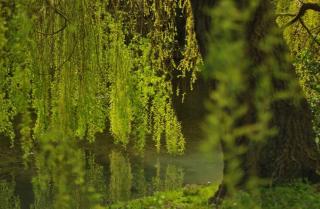 Its distinctive features are its ground-reaching branch ends and long, vine-like branches. That is where the name of the tree comes from: “weeping” willow. But another equally amazing story also is shared to explain why this tree bears this name: dew and condensation forms when temperatures rise, and then drip down from the leaves above to the ground like tears.

In summer, you’ll feel its shade to be particularly refreshing.

Friend to the wettest areas, it grows perfectly along any body of water and in marshes.

Today, weeping willows are grown on every continent of the planet.

Don’t plant a willow too close to a house, because it grows huge and will block the sun out with thick shade!

Yellow iris, yellow and water-bound
Yellow iris is part of the extensive Iridaceae family. It has the highest water needs of all. A few yellow…
Willow-leaf pear, a beautiful ornamental fruit tree with wispy leaves
This smallish pear tree has a bearing and leaves that closely resemble those of the weeping willow. Wispy leaves and…
Cuttings and propagation, guiding principles
Preparing cuttings is a simple plant propagation technique that works for many plants. Its main advantage is that it allows…