Home » Gardening » The fruit Orchard » Ornamental and generous, the grapevine

What if you grew your own table grapes? Fall is the best season to plant a grapevine, why not start now?

This robust plant is within reach of every gardener.

Which grapevine cultivar to choose

To make life easier, choose a hardy variety. Some grapevine varieties like ‘Ampelia’ were developed specifically for garden use by institutes such as the National Institute for Agronomical Research (INRA, in France) to resist common diseases such as downy mildew, powdery mildew or gray mold. Another advantage for these types of cultivars: they adapt to all kinds of soil, even clay-laden soil as long as it drains sufficiently well. In cooler areas, choose early varieties such as ‘Perdin’ so that grapes can mature in September.

Sun for the grapevine

You can train your grapevine along a wall or support structure, as long as it gets plenty of sun, preferably facing South. If you let it climb along a wall, you’ll be protecting it against morning dew or strong rain. Plant the foot about 8 to 12 inches (20 to 30 cm) from the wall on which it will climb, and bury the stem deep so that only 1 inch (2 cm) of the stem sticks out, with a bud on top. Add compost-enriched humus to the soil to enhance growth.

Add compost and keep the soil moist: mulch and regular watering are required. Preventive treatment with a copper-based solution before flowering and sulfur-based after flowering are enough to avoid leaf alteration due to moisture. If you live in areas with cool climates, protect the foot of your grapevine from the cold with a layer of straw or dried ferns at the end of fall.

During the first years, prune short to shape the trunk. The fourth year, select two of the most vigorous spurs of the year: these will become your main shoots, from which fruit-bearing shoots will later grow. Tether them to a wire and prune the others off to avoid tiring the plant. As soon as the following fall, you’ll be able to savor your first grapes! 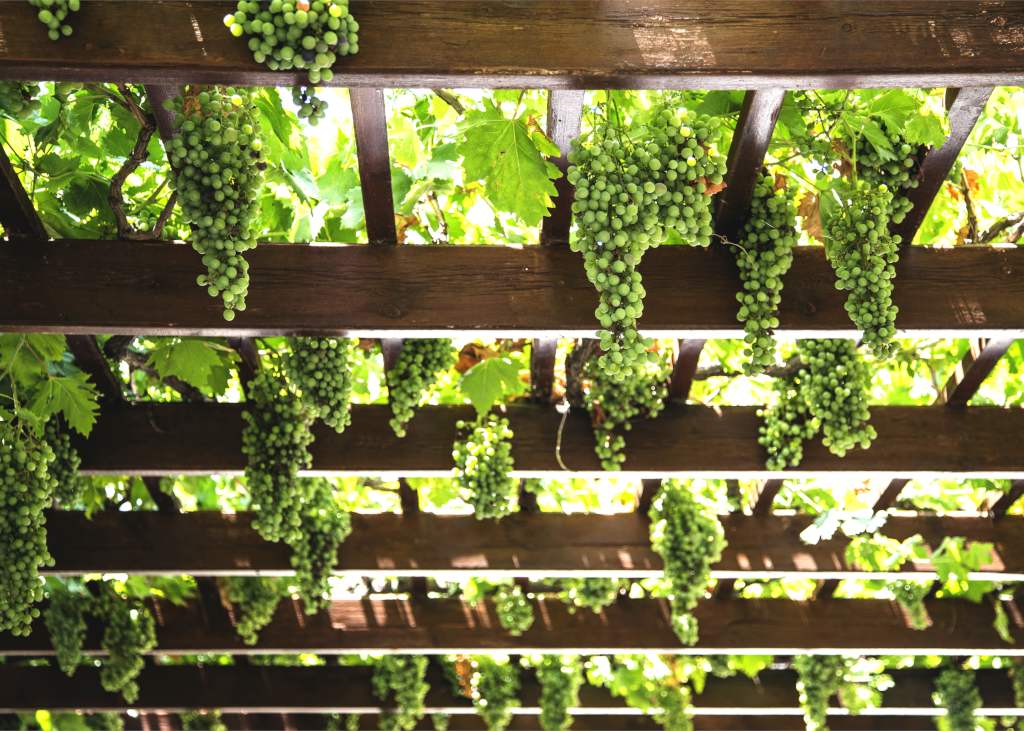 Meet the community
Need advice? Share your garden joys & woes!
Live from the forum
Too late to spray grapevine with Bordeaux,? Beans with healthy huge leaves but no fruits Dracaena marginata kiwi stalk health lupine healthy but leaves beneath are curling up

Bordeaux mixture, an effective treatment
Bordeaux mixture is an effective fungus treatment authorized for use in organic farming. It is widely used in the garden…
Tiny fruit trees for small gardens and decks
A small fruit tree is ideal for large gardens but they also fit right in to tighter spaces like a…
Landscape a small garden with 5 simple features
A small garden is definitely an excellent opportunity to showcase what’s really most important. Discover our tips and advice to…