Katsura varieties are always magnificent and are often very appealing when grown in a garden. There are two main types of Katsura  tree. Both come from Japan and Eastern China.

There are stunning varieties that have a lot to offer. Especially considering how easy it is to care for!

Below, we’ll share the best of both species and group them on whether they’re dwarf or weeping katsura, too!

Cercidiphyllum japonicum, the most widespread species

Naturalized all over the world, this species is especially common in the Eastern United States and along the West Coast. In Europe, it’s increasingly adopted as a garden ornamental. Currently, though, most interesting specimens there are found in botanical gardens. In Japan, it’s very common.

There are several varieties or cultivars:

These are the varieties most often found in nurseries. Indeed, their size when mature doesn’t exceed 15 feet or 5 meters, which is perfect for most of our gardens!

Several varieties are “weeping” trees, in that the branches droop down to the ground. You might be more familiar with the weeping willow in this respect. 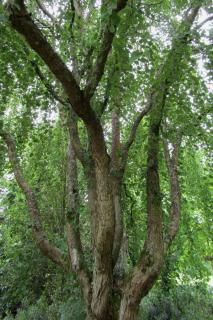 ‘Morioka Weeping’ – Cercidiphyllum japonicum ‘Morioka Weeping’. Named after the city of Morioka, in Japan, where the original plant was discovered. The mutation only carries on through vegetative propagation. All the specimens you might encounter of the Morioka Weeper can be traced back to that single tree!

Other weeping varieties include those that have the name ‘Pendulum’. Unlike the Morioka, they tend to grow multiple trunks which also makes for a very nice result.

Weeping katsura trees are particularly easy to propagate through layering.

Recently, new variegated varieties (ow that’s a throat-twister) have appeared that are of interest.

Cercidiphyllum magnificum, the smaller, rarer of the two

This one is only native to Japan. Specifically, the native range of Cercidiphyllum magnificum is the rather large island of Honshu.

Cercidiphyllum magnificum is also called “large-leaf katsura“. Indeed, its leaves are larger than those of Cercidiphyllum japonicum.

Though both japonicum and magnificum can be grown as bonsai, the latter is easier to control and care for. 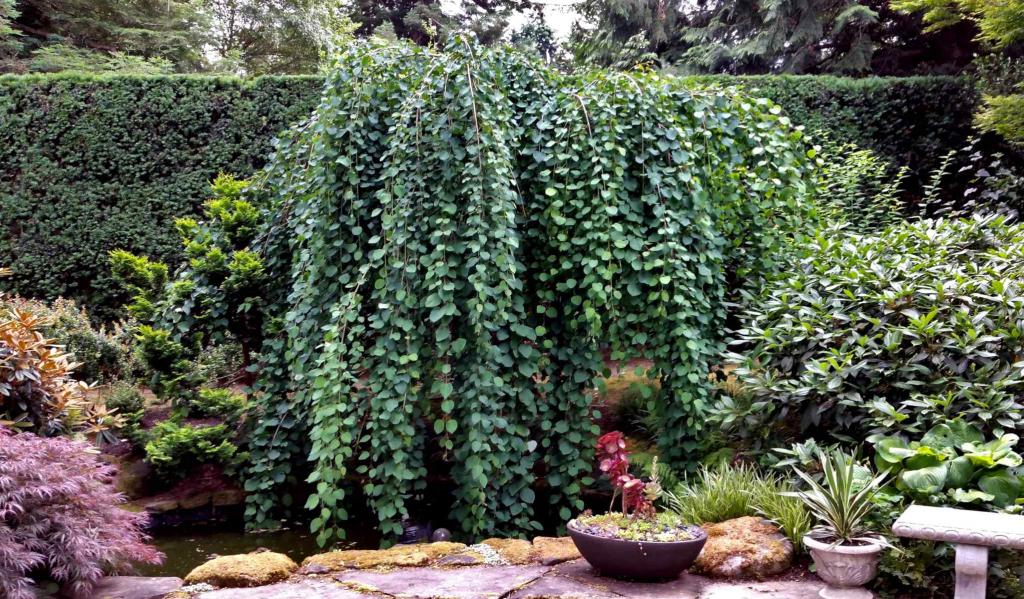 For this list of katsura species to be truly complete, it’s interesting to reflect on past kastura species that are today extinct. Cercidiphyllum-like plants started appearing around 90 million years ago and spanned the planet.

Sometimes, periods of intense cold, ice ages, or other catastrophes eliminated these from entire continents. The only trace we have left are in the form of fossils.

How to prune bush roses
Bush roses are actually roses which are submitted to a particular type of pruning that shapes them like a bush.…
Witch-hazel, flower-bearing and original
Witch-hazel is a dazzling shrub that blooms in winter, as early as January. Witch-hazel facts, a summary Name – Hamamelis…
Trendy with good reason: ornamental olive
It is the symbol of the Mediterranean, and has conquered gardens across the world. A symbol of immortality, hope, and…