Strange growth appears on leaves or stems of your favorite tree or plant? This is possibly due to one of several species of gall wasps. Here’s how to control gall wasps so they don’t endanger your trees.

When to control gall wasp

Should you destroy a gall wasp or not?

Most gall wasps will only infect a few leaves or branches of any given host tree. It’s very seldom that gall wasps pose serious problems to the health of the plant. You’ll find that leaving them alone won’t cause any problem to the garden; quite the opposite, it favors biodiversity!

There are two approaches to controlling gall wasp:

There are at least two known natural predators of gall wasps: predator wasps on one hand, and, on the other hand, an interesting recent discovery: a vine that finds and feeds on galls!

As for manual control methods, the most effective one is pruning off and removing infected portions of plants. Increasingly, though, traps are being developed that keep the wasps of your plants by attracting and trapping them.

Let’s take a look at each method in more detail. 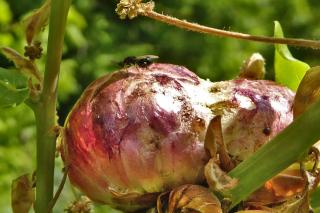 How to attract predator wasps to the garden

As a rule, the more diversity in your garden, the higher the chance of attracting the insects you want.

In a surprising discovery in 2018, botanists discovered a vine that actually fed off galls formed by gall wasp on oak trees. When the vine was present, gall wasp pupae and larvae would only hatch in half the cases. Normally, gall wasps on oak nearly always mature to term. 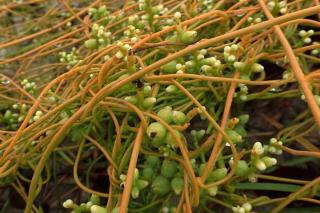 This spectacular vine, called the “Love vine” or Cassytha filiformis, was capable of creeping up towards galls and attacking the gall wasp that was forming inside, depriving it of nutrients.

From the oak tree’s point of view, letting the vine crawl around may seem like adding yet another parasite. But the trade-off for the oak tree makes it a winning combination, since gall wasps is much more damaging than losing a bit of sunlight to a vine.

Artificial control: prune those galls away!

In most cases, gall wasp doesn’t spin out of control to the point of being a serious concern. Except for citrus gall, there’s usually no need to act. 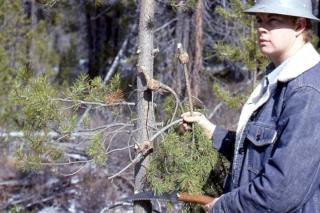 However, if ever you wish to keep gall wasp from spreading, the best solution is to prune galls off.

In the case of leaf gall, simply pluck the leaf off. 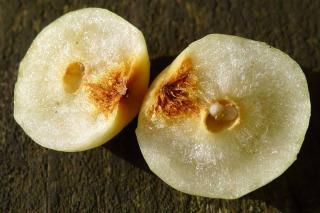 In some cases, it’s possible to set traps that attract hatched adult gall wasps. This can either interfere with the mating process or mislead them when they look for suitable egg-laying sites. In many cases it’s difficult to target only a specific gall wasp and other insects get caught, too.

Since they spend their “caterpillar stage” of larvae and pupae in the gall, you can’t pick them off at this stage as you would with normal butterfly or moth caterpillars. Size would make it impossible anyways, they’re so small!

It’s often more interesting to let nature run its course and to observe a gall as it ripens and the insects inside mature. A gall on a tree is a precious opportunity to let children discover the amazing diversity of nature around us!

Credits for images shared to Nature & Garden (all edits by Gaspard Lorthiois):
Gall on oak by Wolfgang Eckert under Pixabay license
Predator wasp attacking gall wasp larvae by Sally Jennings under © CC BY 2.0
Vine that attacks gall wasp larvae by coenobita under © CC BY 4.0
Forester pruning off galls by R6, State & Private Forestry, Forest Health Protection under Public Domain
Oak gall, sliced by Gail Hampshire under © CC BY 2.0
Birch leaf with a red gall by Andreas under Pixabay license
Meet the community
Need advice? Share your garden joys & woes!
Live from the forum
Calomondin plants in 3 gallon pot how much water Cypress tree help, afraid it will die. Can I do anything to help it Potted Meyer lemon tree foliage is really dense. To cut or not to cut?