Birch is a magnificent ornamental tree, known for its distinctive white bark.

The planting, pruning and care ensure the proper development of your birch. 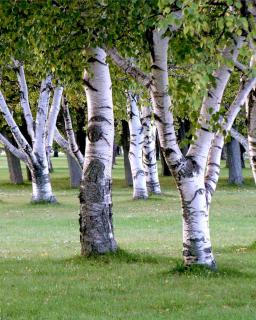 Plant preferably in fall to favor root development before spring growth in the following year.

If purchased in a pot or in a container, it will also be possible for you to plant anytime during the year while still avoiding frost spells and high temperatures.
If not planted in fall, water often at the beginning.

Birch is pruned in fall or winter, when the tree is in its dormant state.

If you’re planting birch in a small garden, don’t offset the pruning because it can grow over 32 feet (10 meters) tall and just as wide…

Diseases and pests connected to birch 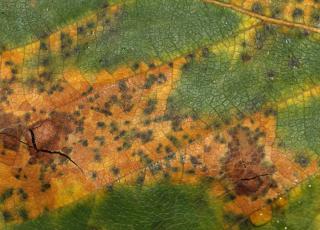 This fast-growing tree can be hit by several diseases. None, however, are a threat to a plantation as a whole.

Birch is known for its smooth, shiny white bark, its small leaves that are colored with fresh green in spring and bright yellow in fall.

Usually, it is planted in clusters of 2 to 3 specimens so that they can bounce light off each other, and to more quickly reach a sizeable impact (birch reaches its mature size quite quickly).

Birch is considered a pioneer plant. On vacant land, birch seeds and trees are often the first to germinate and cover the area. After a generation, slower-growing trees like beech or oak take over. Forests often spread with birch on the outskirts. 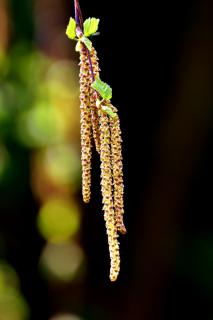 Warty birch or Betula pendula, syn. B. verrucosa, can reach heights of 85 feet (25 m) with long catkins. It is quite common in parks and gardens.

Column birch or Betula pendula ‘Fastigiata’ which has a distinctive columnar bearing that makes it very suitable to cutting off a view. It’s possible to keep it from growing too tall by pruning the top off, usually to a height of 26/32 feet (8/10 m).

Weeping birch (Betula pendula ‘Tristis’) is a vigorous birch. Its crown can reach up to 40 feet (12 m) whereas its secondary branches droop back down.

Purple birch (Betula pendula ‘Purpurea’): Generally planted in groups of 3. It is smaller than the others, reaching only 16 to 20 feet (5 to 6 m). Its dark purple leaves in spring that turn red in fall will enchant you.

Spread some mulch around the tree to avoid weed growth and keep the water from evaporating.

Techniques to save a poisoned tree
Have you sprayed too much insecticide on your tree? Applied too much fertilizer? There may still be a chance to…
Cornus alba, the white dogwood that’s actually pretty red… and green… and white!
A classic sight in gardens, Cornus alba is a shrub that both easy to grow, and strikingly ornamental. Key Cornus…
Birch health benefits… leaves, sap, bark, buds, it’s all helpful!
What are the health benefits of birch? How does it impact our body? Which uses maximize its effects? Its botanical…