Forced hyacinths spread their fragrant smell in our houses even in winter.

The early blooming means the plant is spent when spring comes along. Will it survive when planted in the ground? YES!

This fabulously fragrant flower is as perfect for the garden as it is for an indoor pot. 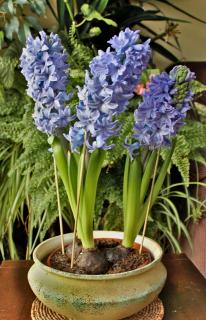 Hyacinths are native to West Asia, Turkey, Syria and Lebanon. This flower has a powerful fragrance and is a symbol of peace, power and simplicity, too.

A poet, in his heyday, had compared the hair of his beloved to the elegant stature of hyacinths.

Today, the curly movements of petals on garden hyacinth flowers is best described with the word “locks”.

Forced bulbs: does planting them work? 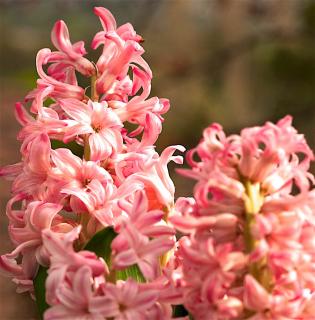 They were forced in greenhouses, and often not survive the gap in the season cycle.

To benefit from their intense perfume, plant hyacinths near your house, along walkways, under your windows, in your meditation garden… 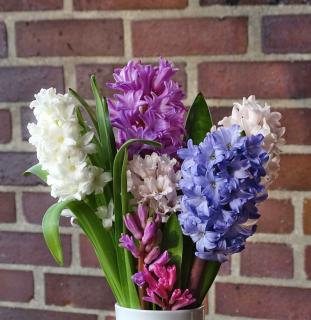 Feel free to slice the stem and create nice, fragrant hyacinth bouquets. Most often, colors come in a range of white, pink and violet, with shades of blue.

Ever since hyacinths started selling hyacinths whole, with their bulb, quality has greatly increased. Cut hyacinths are increasingly appearing in floral art. Their appealing colors make them perfect matches for all seasonal bouquets.

Colorful flowers for homes in winter
Warm colors for a warm home. That's what Poinsettia and hyacinth have to offer. These two plants gift us with…
Spring bulb flowers, original ideas to showcase them
Bulbs are fabulous to spruce up gardens, especially in original containers and compositions. Have fun inventing your own! Unlocking your…
Bulb flowers for a magical Spring moment
Hoping to feel the magic of Spring in the garden? Get ready for next year and dive into the fabulous…